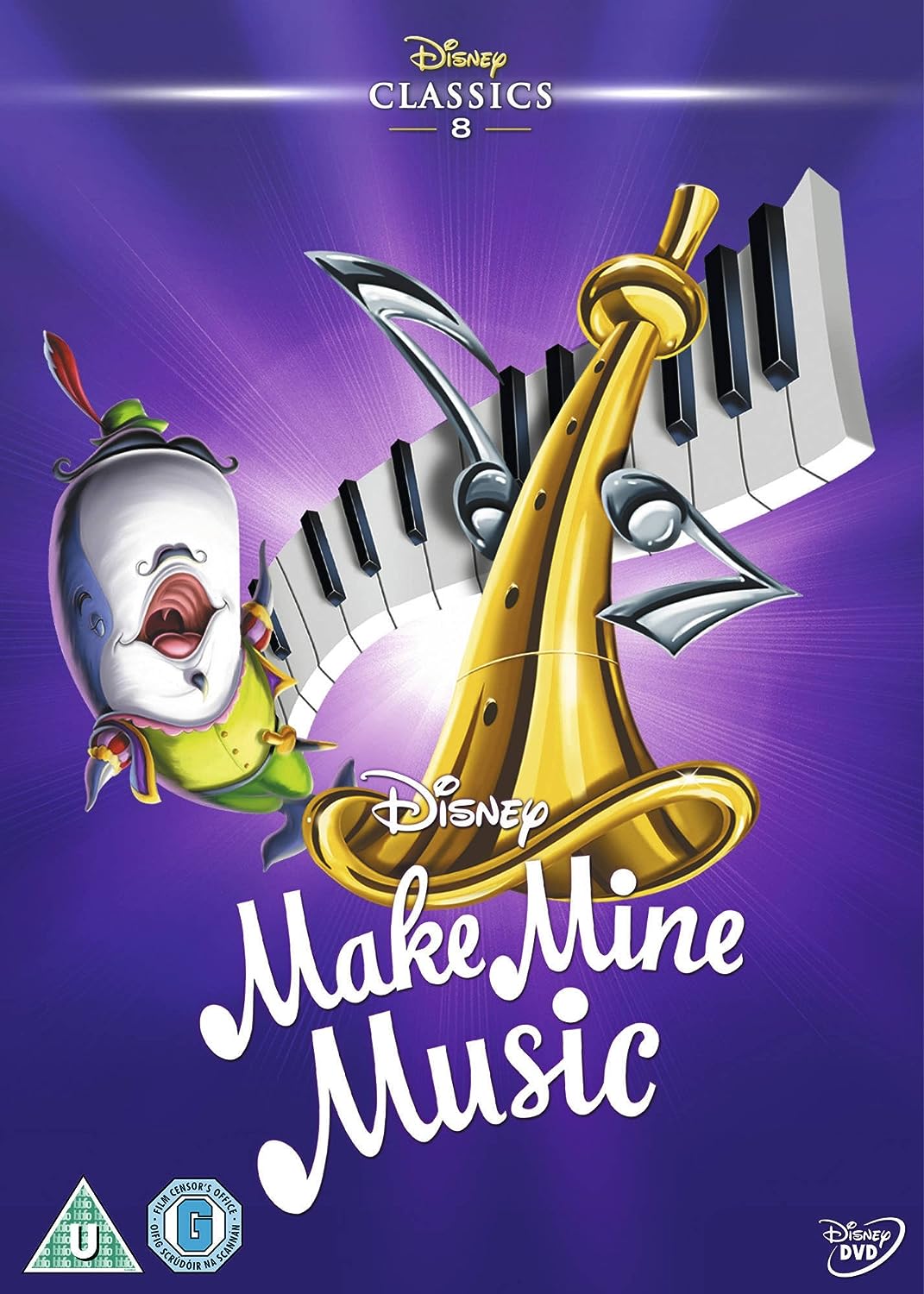 The third of the World War II-era “package films” designed to keep the studio afloat while the actual physical studio was being occupied by the US military and forced to churn out artful propaganda films, Make Mine Music has slightly more prestige (it was entered into the Cannes Film Festival) and a handful of memorable pieces, but like the other films in this series feels like what it is – a collection of unrefined ideas shoved next to one another and released theatrically. (There are ten segments and yet the movie barely cracks an hour runtime.) The more memorable sections of the film include “Blue Bayou” (beautiful and melancholic, it was originally planned for Fantasia and served as the inspiration for one of Disneyland’s most famous restaurants), “Casey at the Bat” (based on the Ernest Thayer poem, recited here) and “Peter and the Wolf” (genuinely gorgeous, based on the Sergei Prokofiev composition with narration by Sterling Holloway). The film (originally titled Swing Street) was not one of Walt’s favorites (the animators agreed, referring to it as a “remnant sale”) and critics usually effusive about anything with the Disney name attached to it were indifferent. Still, it made a profit so more films in the style were produced. The remnant sales continued.