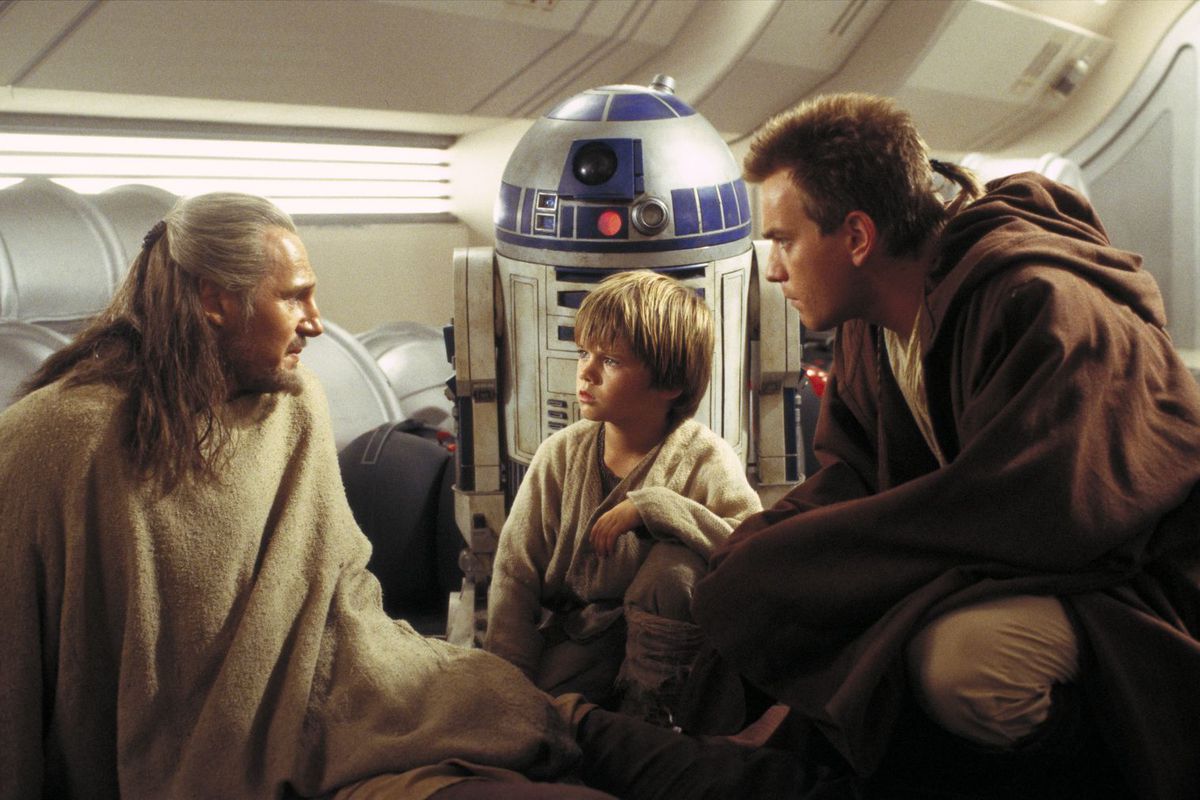 The Phantom Menace : Anticipation was at a fever pitch for The Phantom Menace when it came out. And why wouldn’t it be? This was the origin story of Darth Vader; the tragic villain of the original trilogy; Luke Skywalker’s dad. How, why, and when did Anakin Skywalker turn to the dark side? The possibilities were endless! And yet, for a film whose premise has so much potential, The Phantom Menace is wholly lacking any sense of momentum.

Perhaps the writing was on the wall during the opening crawl, in which we’re brought up to speed on the thrilling drama behind…trade negotiations. Even the opening sequence with Qui-Gon Jinn and a young Obi Wan Kenobi is devoid of any excitement or tension. The lines are delivered entirely flat, there’s no sense of danger, no sense of intrigue. Things just happen on a screen, one after another, as plainly as possible until the credits roll. That’s The Phantom Menace in a nutshell.

The film’s one saving grace is the podrace sequence, which in hindsight I remembered making up for a lot of the film’s shortcomings. Upon a rewatch, even though the podrace scene is indeed wonderfully crafted, the film’s brutal flaws far outweigh the small amount of goodwill it conjures. Indeed, with one movie George Lucas tainted his iconic franchise forever, and while folks may argue disdain for Phantom Menace is misplaced, it really, truly is that bad.